While I was a solo artist before forming my band, a special journey unfolded.

A wonderful series of events led me to sit down with, talk with, and audition for music mogul Stephen "Eppy" Epstein his home in Ambler, PA. He was the husband of the late, great, prolific Songwriter Hall of Fame Inductee  Linda Creed.

It was an eye-opening thrilling night that changed everything. I performed the songs we wanted to record and then I performed one of Linda's most famous songs, "The Greatest Love of All" (Creed, Masser).  He was so enthusiastic, kind, and moved.

In that moment, obtaining his unequivocal support to record the unreleased music in Linda's "vault" some 25 years after her passing opened a doorway to the future and a pathway to the past.

An Album is Underway

I released "Welcome To My World" which was comprised of my original songs and these "never-before-heard, previously unreleased" songs.

Moved by my final "product", Eppy set out to promote it. When he suddenly passed away just a few months later, it was a crushing loss. Eppy's support was going to be pivotal. As a result, my project went into stasis. A beautiful (non commercially released) album laid dormant.

I believe emphatically in this music and must set it free. I need to honor the blessing Eppy bestowed, who had attended my CD release performance/party, along with his daughter Dana Epstein at World Cafe Live in Philadelphia PA. Their support of Linda's legacy continuing through me could not have been more special.

There was but a small window between the time I came into Eppy's purview and his passing. This brief moment in history allowed me to do something that can never be repeated. He gave me his blessing and with it comes a responsibility to care for this timeless treasure.

I am a humble, tiny part of this musical legacy and pay tribute to Creed and the other writers of that time with whom she co-wrote that shaped the famous '70s and '80s Philly Soul sound.

So, I set a course to awaken this material and set it out to the world in a time where it has never been more possible to reach the hearts of listeners who love this music. 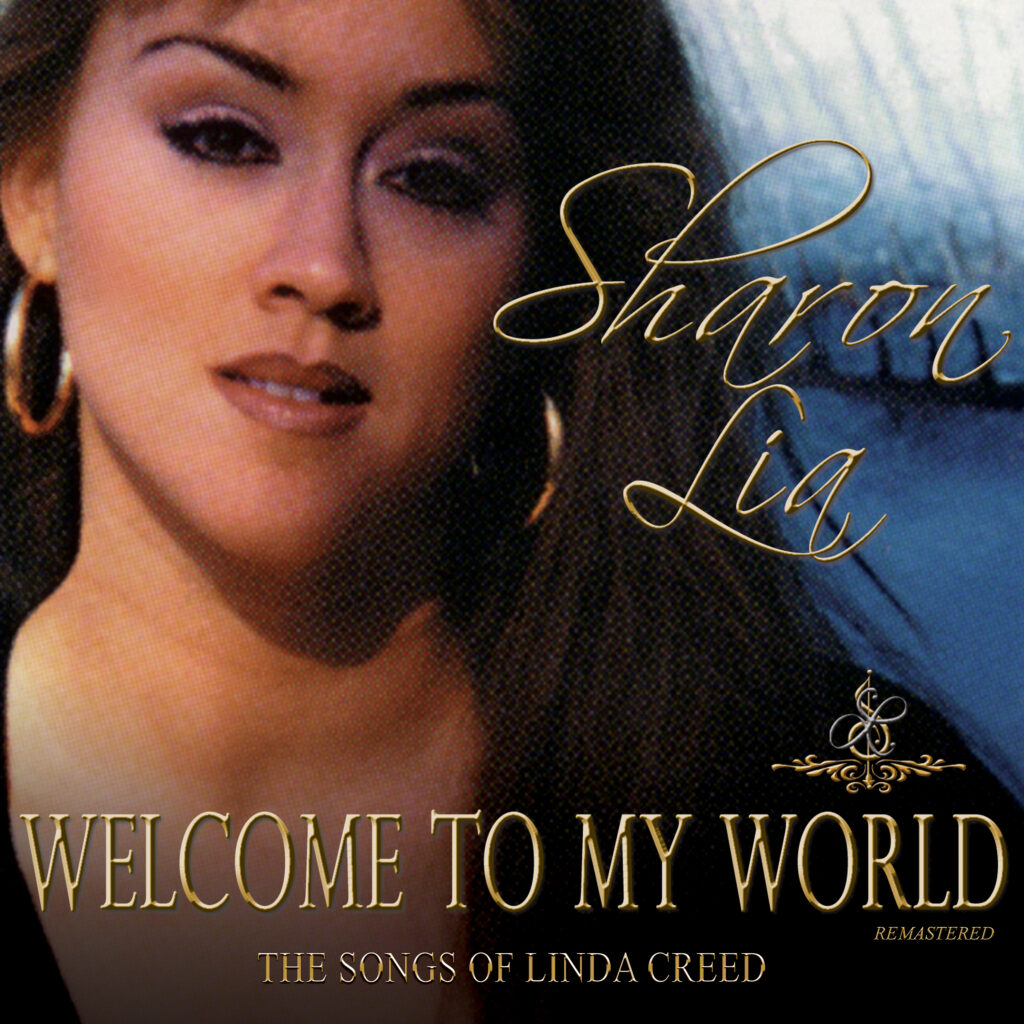 "Welcome to My World, The Songs of Linda Creed"

To listen to entire album or purchase/download, follow this link.

Some highlights of the journey, CD Release Party and more.

Sharon Lia "Welcome to My World, The Songs of Linda Creed"
Credits

Get ready to
LIVE OUT LOUD

New Album Coming Soon
We would love for you to transmit your message, and stay on the journey with us.

“A moving, emotionally charged powerhouse song”
we can’t wait for you to hear it❤!